Chairman of the Board / CEO

Greg has been Chairman of the Board and Chief Executive Officer of Quipt Home Medical Corp. ("QHM") since December 2017. From April 2016 to December 2017 Greg served as Chief Operating Officer and Managing Director of Patient Home Monitoring Corp. Greg ...

joined QHM when QHM acquired Patient-Aids, Inc. for which Greg was the owner. Greg began working at Patient-Aids in 1994, becoming a partner within 3-years and then Patient-Aids' sole owner by 2004. During this time, Patient-Aids grew at an annual rate of 25%, and from 2013 to 2015 the Company more than doubled revenue and quadrupled earnings as it acquired, and successfully integrated, several home medical equipment businesses. Greg brings substantial operating, integration, and M&A experience to his role as QHM's Chief Executive Officer. A hands-on, problem solver, Greg has demonstrated significant skill at growing HME businesses both organically and by acquisition. Greg is an automobile enthusiast, Reds baseball fan and enjoys time with his wife and their four children.
View more 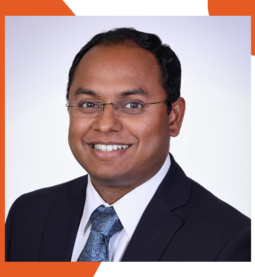 Hardik is an astute finance professional. Prior to QHM, he was an investment banker and finance advisor at investment banking and advisory firm, Silverstone Capital Advisors for nearly ten years. Mr. Mehta has significant acquisition, transaction finance, accounting and ...

negotiating experience. Mr. Mehta has been an advisor on more than 30 M&A and funding transactions, including buy-side transactions, across various industries and company sizes, in which he oversaw quality of earnings analysis, due diligence and post-transaction integration planning. Additionally, Mr. Mehta has deep understanding and has mastered both financial and operational aspects of the HME/DME industry. He has also worked on multiple M&A transactions in HME/DME space. Mr. Mehta has extensive experience in capital markets and excels in financial planning and analysis. Prior to Silverstone Capital Advisors, Hardik had founded Neo Magix Creations, a startup specializing in manufacturing and supplying personalized gifting to corporate and retail customers. He holds an undergraduate degree in engineering and a MBA in finance from the Lindner Graduate School of Business at the University of Cincinnati. Hardik loves being outdoor and enjoys time with his wife and daughter.
View more 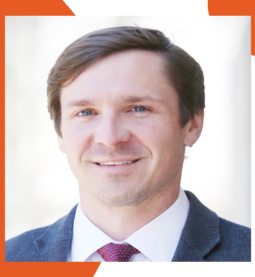 Will has worked in the durable medical equipment industry since he was 15 years old. He spent his high school summers in the warehouse of his family's DME company, Care Medical, as a cleaning technician. He continued to work throughout high school and ...

college spending time learning every intricate aspect of the business and industry. Will attended the University of Georgia and graduated from Terry College of Business. He then earned his master's of Public Health with a concentration on Public Health Policy and Management in 2009, also from The University of Georgia. Following the completion of graduate school he moved to Savannah, Georgia where he opened a new branch of Care Medical. As the sole employee in the beginning, he quickly grew the branch, which offered DME, respiratory services, retail and complex rehab to patients in both coastal Georgia and South Carolina. He went on to serve in various leadership roles in many departments at both Care Medical and QHM. Currently, Will works as Vice President of Business Development. In his current role, he is responsible for overseeing the sales teams for each business unit, recruitment of team members to penetrate new markets, and actively seeking new strategic opportunities for the company. He and his wife, Katie, have one son and are expecting another son this summer. They reside in Atlanta, Georgia.
View more 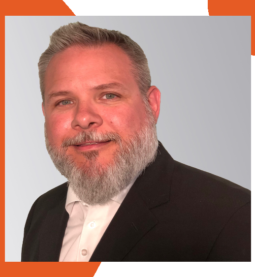 Jerry Kirn is an HME veteran with over 20 years of experience in the industry and will provide support, training and create operational efficiencies throughout the company. Mr. Kirn will also provide day to day leadership to all locations. Mr. Kirn has served in many ...

different roles throughout his career, most recently as a partner for a start-up company which grew to over 1 million dollars in sales in just under ten months. Prior to that, Mr. Kirn was responsible for day to day operations of a multi-state HME company with revenues exceeding $20 million dollars and successfully integrated multiple acquisitions for another large regional company while also implementing operational protocols that contributed to the companies’ success as a leading respiratory provider in the Cincinnati market. Jerry prides himself on effective team building and providing compassionate care for patients and their families. When not working Jerry enjoys the outdoors and spending time with his wife Robin and their daughter.
View more 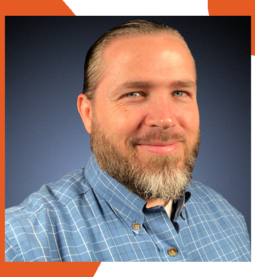 Mark Miles has been in the DME industry for the past 11+ years, 6 of them working for QHM owned Care Medical. Mr. Miles started in management at Care Medical before transitioning to QHM to serve as; Business Analyst, Senior Network Engineer and now Vice ...

President of Information Technology. He has experience in leveraging technology to drive organizational growth, performance and profitability. Mr. Miles has been instrumental in orchestrating transformative business strategies through data-driven decisions and has extensive knowledge of the healthcare industry. He is QHM’s engineering principal, responsible for re-engineering and managing the IT infrastructure, establishing vendor relationships with high performing SLA’s and managing the IT needs of PHM’s staff. Mr. Miles has replacing antiquated hardware, software and services, while using strong negotiating tactics to leverage high performing process improvement and operational efficiency solutions throughout all QHM brands. Mr. Miles also possesses a college degree in Legal Studies and is a Brazilian Jiu-Jitsu instructor. He enjoys riding his motorcycle, woodworking and spending time with his Wife and their two Daughters on their “mini ranch.”
View more